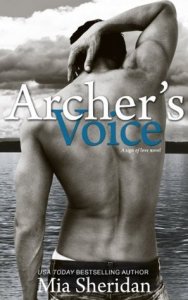 This is why I love to read, for books exactly like this. Archer’s Voice is nothing but amazing; a breathtaking beautiful story about hope, unconditional love and its healing power. This book truly touched my heart, and now, it refuses to abandon my thoughts. The writing is outstanding and the characters felt real. Without a doubt, this is one of the most beautiful books I’ve ever read.

“Sometimes an understanding silence was better than a bunch of meaningless words.”

I’ve been trying to write this review for almost two weeks now. But I think there aren’t enough words to describe how stunning and unforgettable this book is. It was exactly what I was craving for, even if I didn’t know it.

Archer Hale is by far the best thing in this book. And I must say, that also one of the best book boyfriends ever. It is such an amazing character. He blew my mind and stole my heart. Everything about him felt right. He is so complex but at the same time so sweet; extremely beautiful and unique. And Bree Prescott was in fact his perfect companion. It’s not easy for me to find an outstanding female character, but I really liked her (the fact that she loves dogs might have helped a bit). She is an admirably kind person. She had a lot of pain but still was so caring for the others, so noble and patient. She gave Acher the time that he needed to heal and process things. They were absolutely perfect for each other. I love them.

“I didn’t know enough to dream you, Bree, but somehow you came true anyway. How did that happen?” He rubbed his nose along mine, pausing and then pulling back again. “Who read my mind and knew exactly what I wanted, even when I didn’t?”

Archer’s Voice is the story about a girl running away from her fears, and the mysterious boy she meets on the first day in the small town she just moved in. At the beginning I didn’t understand why she kept insisting on visiting him, when he clearly didn’t want to. But then you could see how desperately he actually needed to. The pacing of their relationship was perfect. I loved the way they started seeing each other, and how their love grew through time. I was completely mesmerized by the way he learned things with her. It was so fascinating to read about his first everything. I think that’s when I fell in love with him. He was so sweet, and so interested in knowing about the things she liked. But the fact that he was a quick learner made him utterly irresistible.

“I felt him smile against my skin, but he didn’t raise his head and he didn’t attempt to move, his body laying half on me, and half on the bed so I wasn’t being crushed.
“Hey,” I said softly, “you alive there?”
I felt another slow grin against my neck and then he shook his head, no.
I laughed softly and his head came up, a sweet smile on his face.”

I loved their routine, how she loved her work and the way they would spend their afternoons in his house with their dogs. Learning and loving each other.

To know about what had happened to him was overwhelmingly sad. At first, I wasn’t expecting him to be mute. I thought that he remained silent due to the shock of his accident or that it was something by choice. So when I found out that he couldn’t talk it was a bitter surprise. What thrilled me though was that he actually could hear everything, so it wasn’t that terrible. His silence made everything else significant. It was beautiful to see them “speaking” through the use of non-verbal communication, where words were no longer needed. So magical, so meaningful.

“You brought the silence,
The most beautiful sound I’d ever heard.”

Everything was like a dream come true, except for the ghosts in their pasts. Archer was so captivating and charming with Bree that it was easy to forget everything he went through. All the time he spent with his uncle separated from the world and isolated from people. And all the things that he avoided and therefore forgot to do. It was only natural then to feel useless and powerless at Travis’s words. I really hate him. I just don’t think it was necessary to include him in the story. A cousin (or brother) that treats him like that? No, thanks. His mom though was a completely different story. What. A. Witch!!! How is it possible to hate someone that much, to do that to a child? And to bring a murderer to its victim? Just terrible.

I loved the way Bree accepted Archer’s decision of leaving town. I have to admit that at the beginning I found cute his insecurities and apprehensions. It showed me how he cared about her. But then he took it to the point where it was simply sad to see. He needed to gain confidence and make things on his own. Although I don’t think I would’ve stayed sane all that time without knowing anything from him. Bree was extremely tough, I admire her.

“I’m afraid to love you. I’m afraid that you’ll leave and that I’ll go back to being alone again. Only it will be a hundred times worse because I’ll know what I’m missing. I can’t…” He sucked in a shaky breath. “I want to be able to love you more than I fear losing you, and I don’t know how. Teach me, Bree. Please teach me. Don’t let me destroy this.”

Their reunion was beautiful and perfect. I couldn’t have asked for anything better. The way he looked and reacted was completely different. I somehow missed his shyness, but that didn’t make him any less desirable. What I never imagined or expected, was what happened the day after that. This book was definitely a journey of emotions. And this part literally stopped my heart. I’m not talking about something irrelevant, but instead of a deep terrible feeling.  I actually though that he was death. I had to stop reading to calm my emotions because I couldn’t think straight. I had to quiet my thoughts in order to continue with the reading. Only to find out that he was in a comma state. I was so happy! I knew he could do better with his life. He had to, he earned it.

The ending was everything I longed for, the perfect happily ever after. They were made for each other, destined to heal each other’s wounds and be happy together. I’m really in awe of this book and this author. I can confidently say that she is a top favorite now.

“Each night before I fall asleep, I make it a point to turn to my wife and silently say “Only you, only ever you”. And her love slips quietly around me, holding me, anchoring me, reminding me that the loudest words are the ones we live.” 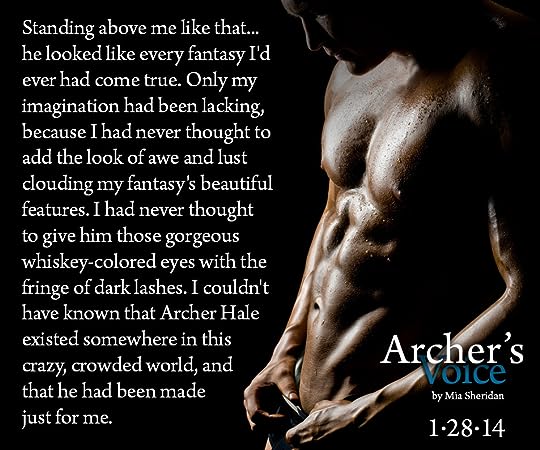